Member Biographies as of January 2018

The mission of the CAG is to assist in broad public awareness and input and provide advice and recommendations to the US Environmental Protection Agency and related agencies and organizations to help ensure an effective and timely cleanup and restoration of the Tittabawassee River, Saginaw River & Bay Superfund Site.

The cleanup of contamination from the Saginaw River, Tittabawassee River and Saginaw Bay is being conducted under the authorities of the US Environmental Protection Agency and The Michigan Department of Natural Resources and Environment. The Dow Chemical Company, as responsible party for the river contamination, under an administrative order with the USEPA and DNRE, is performing investigations, and developing and designing cleanup options that will be selected by EPA after public comment on the cleanup options.

To achieve its mission, the CAG is comprised of citizens from throughout the tri-city area who represent a wide range of viewpoints and interests related to the community and the cleanup. The CAG was convened to reflect the diversity of the community with regard to racial, social, economic and other demographics.

A public workshop was held in August 2009 to solicit community input to the range of perspectives and process for convening the CAG. Participants modified a draft list of stakeholder perspectives that were important for the CAG and also provided nominations for local stakeholders to serve on a community convening group. This input was used to identify important stakeholder categories create applications for membership which were distributed throughout the community in the autumn of 2009.

A diverse group of five local leaders who were nominated by the community volunteered to review the applications and select prospective CAG members. The convening group agreed not to be eligible for CAG membership themselves. These five individuals reviewed the 46 applications received and selected 23 members to best represent the diversity being sought from the categories identified by the public at the August workshop.

As a condition of participation, all members completed an identical application form and were asked to disclose any known conflicts of interest. All members were asked to warrant that no conflicts of interest exist and that they serve as individual citizens of the community to freely provide input and advice through the CAG. Since the CAG’s makeup reflects the community at large, it is not desirable to eliminate all persons who have any relationships with parties to the cleanup, or who would be affected by the outcome of this cleanup process. All CAG members will be affected just as community members will be affected by the outcome of this cleanup – physically, emotionally, and economically.

Dow Chemical is the sole responsible party at the site and a major economic force in the region. Some stakeholders have raised concerns about the potential for conflicts of interest among CAG members who work for organizations with financial ties to Dow Chemical. The CAG is confident that no such direct conflicts exist. No member of the CAG is directly employed by Dow or works for an organization that is a subsidiary or wholly owned by Dow. However, because Dow is a major presence in the community, many institutions, organizations, and non-profits do receive Dow charitable support at varying levels, or have worked with Dow on a contract basis. This is true of a number of the organizations where CAG members work or volunteer. However, those individuals have warranted that they are not in a position to receive any direct benefit from Dow that would influence their honest participation on the CAG.

CAG members serve staggered three-year terms that follow the calendar year. New members will be added each January to replace retiring members beginning in 2012. New members will be selected to maintain the overall balance and diversity of community participation on the CAG.

If members leave the CAG prior to the end of a term, new members are sought as direct replacements to represent a similar demographic to ensure a consistent range of interests is maintained.

If any member of the public feels that they represent an important community perspective that is inadequately represented on the CAG, he or she is urged to submit an application and contribute to the CAG’s representation of the entire community.

These brief bios provide a description of member interests, employment, and major community involvement in order to provide an overview of the many affiliations and perspectives represented on the CAG.

Peter is a retired attorney having practiced for 31 years in Flint, Saginaw, and Bay City. He is an outdoorsman and loves to hike, bike, and ski throughout Michigan. He also enjoys travel with his wife Jackie.  Peter also keeps busy with volunteer work including the Community Resolution Center, Legal Services of Eastern Michigan, and the READ Association. 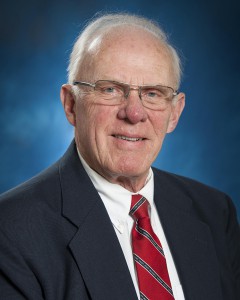 Charles Curtiss is a native of Bay City, has a BS in Engineering from Yale University and an MBA from the University of Michigan.  He has been very active in a number of environmental efforts including as a founder and Past President of the Saginaw Basin Land Conservancy and of the Watershed Initiative Network. He has been active in economic development as a small business counselor and a loan officer for a small revolving loan fund. He also was a founder of Forward Bay County (the predecessor of Bay Future) and was a founder of SVSU. Charley has lived on and boated on the Saginaw Bay for more than 60 years.  He is a member of the Bay City Yacht Club, the Great Lakes Cruising Club and a life member of the United States Power Squadron. His current residence is on the shore of Saginaw Bay about 1/2 mile west of the mouth of the Saginaw River. 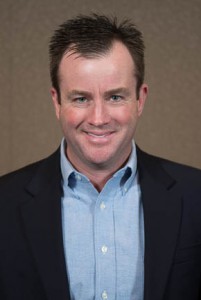 Michael grew up on the Kawkawlin River in Bay County and has devoted his adult professional life to the social, environmental, and economic health of the region. Michael has worked for The Conservation Fund for 11 years, and prior to that served as a city manager, as well as a director of a conservation-based nonprofit.  An avid outdoorsman, Michael enjoys hunting and fishing, particularly in local areas that are part of the focus of this project.  He has a particular interest in assuring that remediation activities take a holistic view of the environmental and economics impacts that will result, and their effects on our region’s continued viability.  Michael lives in Freeland with his wife and two children. 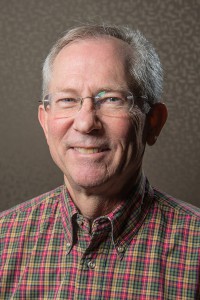 James currently lives in Freeland on the west bank of the Tittabawassee River (cleanup zone 3). He has a lifelong interest in public service. James retired from his primary career as a public defender. While an attorney (J.D., Univ. of Wisconsin), he participated in all phases of government (judicial, executive and legislative), representing individual and community interests. He has had experience as a volunteer on various governmental and non-governmental committees. Finally, James also has had training in engineering (B.S.E., M.S.E., Univ. of Michigan).

Terry Miller is a native of Bay County, has a BS and MA from Central Michigan University, and an MAT from Saginaw Valley State University.   He taught in Saginaw City Public Schools for 30 years, and has taught history at Delta College for the past 18 years.  He is on the Planning Commission of Monitor Township after two terms as trustee.  In 1978, he and four other residents of Bay City founded the Lone Tree Council, a non-profit environmental group that was formed to oppose Consumers Power’s Midland Nuclear Power plant.   With the power plant’s cancellation, the group continued to promote cleanup of watershed contamination, defend both coastal and inland wetlands, and, most recently, educate on global climate change.    He is also on the Board of Directors of BaySail, Inc., a Bay City-based non-profit that conducts environmental education on its two schooners, and the Michigan Environmental Council, a state-based coalition of over 70 organizations.

Luis grew up near Kansas City, Kansas and has lived in Texas and now Michigan since 1991. BS University of Kansas, Lawrence Kansas and an MBA from Northwood University, Midland, MI, Member of Leadership Midland, Class of 2005. Worked in a variety of industries, including automotive supply and polymer chemicals. In 2017, he retired from working as Facilities and Network Administrator after 15 years at Senior Services, Midland County Council on Aging in Midland, MI. His volunteer work has included the Midland County 4H and the Boy Scouts of America. Outdoor interests include archery, camping, bicycling, canoeing, kayaking and fishing. Married, with two grown children. He and his wife live on the Tittabawassee River near Freeland.

Mike moved to Freeland about 2 years ago and currently resides approximately a quarter mile from the river.  He retired after 38 years as a Professor of Sociology at Indiana University in Fort Wayne.  He has a Ph.D. from Western Michigan University in Sociology and a B.S. in Earth Science Education from Indiana University.  In Indiana, he regularly taught courses in the social problems  area and was active with a group monitoring safety concerns related to a local hazardous waste facility. 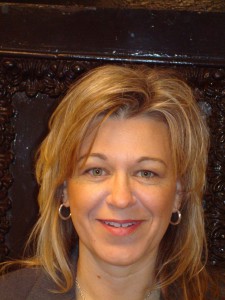 Laura and her family are birdwatchers and avid fishermen and use the bay actively during all four seasons. She has a special interest in near-shore aquatic resources, sustainable living practices and is active with the Saginaw Bay Coastal Initiative; the Bay Area Chamber’s Community and Economic Development Council and serves as Immanuel Lutheran Church Fellowship Committee Chair.

Kevin has a BSc in Chemistry from Ohio State University and a Law degree from Wayne State University.  Prior to his retirement, he managed the Information Systems department for the Detroit Water and Sewerage Department. He recently moved to the Saginaw area with his wife, and they now occupy a home bordering the Tittabawassee River. He is very much interested in learning more about remediation efforts related to the Saginaw and Tittabawassee Rivers, and is also interested in environmental and conservation issues generally. 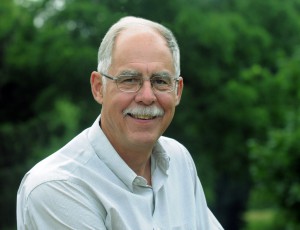 David retired from The Saginaw News in 2009 after a 30-year career as a staff photographer. The Vietnam veteran served four years in the Air Force and also worked for seven years as a public affairs photographer for the Dow Chemical Company.

Dave works and volunteers on and in the waterways of the area and has served over 25 years as Commander of the Saginaw County Sheriff Marine Division and dive rescue team. He serves his community as a Trustee on the Thomas Township Board and is a member of the Planning Commission. He retired as  an Assistant Chief of the Thomas Township Fire Department. He is Secretary of the Hardwood Lake Improvement Board in Ogemaw County with overall responsibility of weed control issues. Dave is the CAG President. Dave and his wife raised two daughters in their 35 years of living on the Tittabawassee River. Since any cleanup issues involving the Tittabawasse River will affect Sommers, his family and property, he has a great interest in the project. 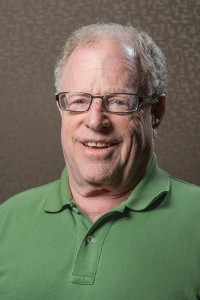 Joel was a classroom teacher for 30 years and president of the Saginaw Education Association for six years. He is a state certified mediator, serves on the Board of the Bridge Center for Racial Harmony, and volunteers for numerous environmental groups and for the United Way preparing tax returns for low-income people. He also served with the Peace Corps.